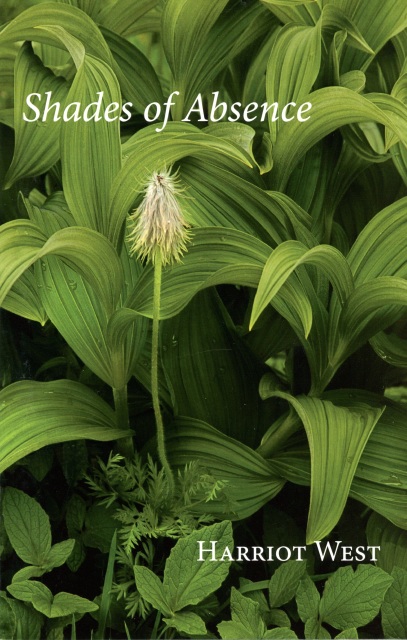 Shades of Absence by Harriot West

Read a Review of Shades of Absence

04/18/19
The Touchstone Distinguished Books Award for books published in 2018
The Haiku Foundation is pleased to announce The Touchstone Distinguished Book Awards Award Winners and Honorable Mentions for books of haiku and related forms published in 2018. The sixty-seven books nominated for this year’s award represent a rich variety of English-language books from many nations and haiku traditions. In the first round, each panel member read a variety of books and nominated three books which formed the Shortlist. In the next round the panel members read each book on the Shortlist and through a series of votes and discussion, arrived at three Award Winners and three Honorable Mentions. I speak for the entire panel in saying that everyone recognized that each book on the Shortlist was unique and excellent and can attest to the difficulty of distinguishing the ‘best’ of the books. As one member exclaimed, “What a group of books we had this year!” I wish to thank the panel for their diligence, expertise and effort.

​Commentary from the Panel:

​Conjuring the presence of absence is no mean poetic feat. Harriot West, in Shades of Absence, finely tunes all the senses, with time, intuition and the unknowable also playing essential roles. She bears down on her subjects with every formal tool in her formidable box: haiku, tanka, haibun, tanka prose and monostich. The result is that Shades of Absence is just that, and more: a breathtaking collection of loss and repression, death and denial, broken relationships, dysfunction and missed opportunities. What isn’t said is often more resonant than what is.

In a six word senryu, devastation, loss and their effects map the dark side of a relationship gone bad:

​negative space
he sharpens
my edges

​Each poem confronts absence in a different way, sees its shadow in every situation, and sorrow and sadness weigh heavily on what isn’t, as well as what is:

​The cumulative power of this sadness and sorrow in Shades reminds us of an aspect of the human condition we ignore at our own risk: all-pervasive suffering.

Mother had a fondness for a certain TV cop who drank his
coffee black. Facts ma’am, just the facts he said as evening
dulled the amber of her scotch. On cold nights when she
refused to light the furnace, his image flickered on the screen,
blocking thoughts about a child who conjured castles out of
clouds and faeries out of starlight.

​Harriot West’s collection is a compelling compendium of emotion, anguish and inevitable loss. With her mastery of brief Eastern forms, she evokes this loss with a succinct power few poets working in any form achieve. Above all, Shades of Absence is an insightful chronicle of humanness in all its pain and wonder.
​maybe he says I insert ellipses

Shades of Absence is Harriot West’s second collection of haibun and haiku. The mix of haibun and haiku works well, held together by a cautious story-teller’s voice. These are tales of wishes and dreams that end with an angsty acceptance of inevitable reality of things missing or unfulfilled. The title haibun explains: “A friend of mine was camping in the Montana wilderness. Over the course of a morning, he noticed how empty the sky was. Not a single contrail. Not a single plane. That’s the story he tells, his memory of 9/11.” Followed by this haiku: summer’s end / all the color bleached / from the yarrow (13). The prose leads us to believe this is going to be a sentimental memory, then the haiku delivers absence...something expected is missing...in this case the color of the yarrow.
The book is organized into three somewhat chronological explorations of absence: “Wishing-Coins”, “Planes and Shadows”, and “Shrouded Boughs”. The first section, “Wishing-Coins” features memories of her mother and childhood. I especially like the playful chant in this haiku: olly olly oxen free / wanting. not wanting / to go home (18). In another, West writes: tarnish / I can’t rub out / heirloom silver (24). “Planes and Shadows” features haibun and haiku about being out of place, an outlander, a traveler, never at home. In one haiku she asserts flurries / if only I fit in / the snow globe (41). The narrator is restless, unsettled, in a new relationship with uncertainties: negative space / he sharpens / my edges (45). The haibun and haiku in “Shrouded Boughs” are darker yet, haunted by memory losses, disease, death. In the haibun “Good Form” she starts with a haiku: another year / walking by the flowers / he said were pretty (60). The prose is about the struggle to respond when “Someone she hasn’t seen in ages asks about her husband” (60). One of the haiku near the end of the book is: memorial service / for a moment I wonder / what to wear (66). Harriot West is an excellent writer and this book deserves to be read and reread for her honest exploration of Shades of Absence.

reviewed by Randy Brooks in Frogpond